April 17, 2017
A few months ago, a group of friends chartered a sailboat for a 10-day jaunt around the Caribbean - including Guadeloupe, St. Kitts & Nevis, and Antigua.  Brace yourself, for here is the first chapter in our adventures. 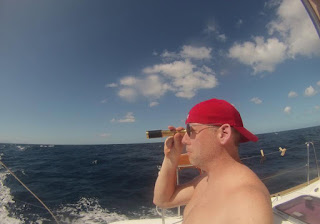 Sailing into Antigua's Jolly Harbour on New Year's Eve, the feeling was pervasive and palpable. Something here was very wrong.
Where were the people?
Our lonely vessel, the Aves, wound through the channel, docking at the customs station to process our arrival. But only one person was there, and she was leaving.
'Come back tomorrow,' the customs agent said hurriedly. 'Doesn't matter anyway.'
Why the rush? And why were such stringent regulations so easily dismissed? We gaped in silence as she scampered away.
We found our answer as we ventured into town, but it was hardly forthcoming.
'Happy New Year!' we'd exult to the lonesome strangers we passed by, but were met with stone faces. 'Is it?' someone responded.
After navigating through empty storefronts, we found an open restaurant called Mayday. Our waitress approached warily.
'Where's everyone gone?' we asked, after ordering our provisions.
She looked on us with the skepticism of anyone about to betray a secret. 'Gone? Why, they're all on the other side of the island. This harbor, Jolly Harbour - it's like a retirement home now.'
More like a ghost town, we thought.
Behind us, the manicured limestone of a shuttered casino yellowed in decay. I asked the waitress what brought about the migration, and her reply comprised of only two words.
'The Marmodon,' she whispered, and took our plates away.

Our crew cast curious glances about the table when the waitress returned. We implored her for details. 'A year ago, the Marmodon came. A sea beast like nothing else. Every fisherman with salt in their lungs been scared away. No one coming here no more.'
We thanked her for both the meal and the information. Midnight came; the fireworks that proclaimed the New Year crackled around the island. But they rang joyless and hollow. We asked ourselves, 'What do we do tomorrow?'
'Only one thing to do,' Brad, our fisherman, said. 'We find the beast.'
As morning sparked the leeward hillside, we returned to the customs office. But the customs agent had yet to return. Instead, an ageless man lingered out front. 'Is closed,' he said, nodding to the office behind him. 'But I heard you seek the Marmodon.'
'Indeed, good sir,' Travis, our captain, said. 'What can you tell us?'
'Don't,' said the man, and he slinked off into a crop of mangrove trees.
Undeterred, we set sail and tacked up and down Antigua's lush western coast. Every sea vessel, when staffed correctly, has the proper numbers with the requisite skills to match their tasks. Ours was no different. Captain Travis manned the helm, the well-being of the ship's eight souls weighing on his frothy beard. Tyler served as navigator, spotting shoals and guiding us away from other hazards. Jimmy maneuvered the sails and was showing Christie the ropes that hoisted and unfurled them. She proved an able study; Jimmy also headed the Mess. Jenny pored through books on the island's culture, trying to burrow in the head of the beast and also finding suitable restaurants and activities for journey's end. John served as the fisherman's anchor, keeping our man firmly on the ship's aft, often while slumbering. And I - well, every legend needs a bard to relay it, if only to affirm that its transpirings were in fact within the realm of possibility.
Brad, he fished. 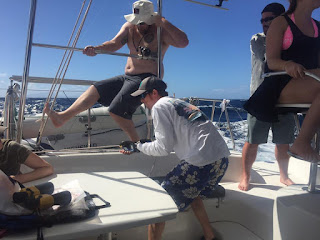 As we cut across the wind, the seas grew choppy. The toe of our craft dipped under the surface, as if pulled in toward the Marmodon's maw like the sucking of a vacuum. It seemed not to be a creature that could be taken unawares.
Amidst the tumultuous waters, the head of a sea turtle bobbed above the surface. Its fins skittered around the side of our boat, working their way to our back steps. Brad pulled the creature aboard, and it toiled about frantically on the deck.
'The Marmodon sleeps!' the turtle pleaded. 'It is not to be disturbed!'
'Relax, little friend,' Brad said. 'We've come to eradicate this stigma from your shores.'
'Why, it's you! You're Bradley, the one it speaks of!'
The one? A disturbing realization came upon our fisherman. The Marmodon was not some new quarry. Bradley had, in fact, chanced across it last year, in the midst of what some called the storm of the week.
That was the Marmodon? Could it be true? If so, it had exponentially gained in stature, haunting the Caribbean ever since. 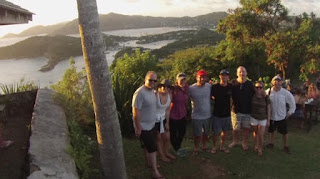 'It's been waiting for you,' the turtle said, aiming a fin at Brad. And with nothing further, the turtle plopped off the deck and back into his native waters.
We watched the creature disappear into the crystal blue expanse. We sailed further this day, searching for the Marmodon - Poseidon's wretched spawn - but any signs of it had dissipated. 'No matter,' Brad said. 'We'll cross paths again, in this journey or the next.'
And the rest of the Aves crew, staring out at the roiling out at the roiling vastness of the sea, knew it to be true. 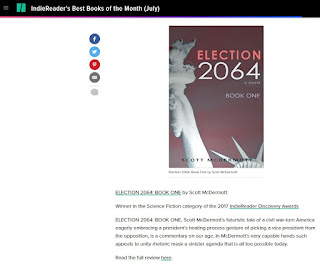